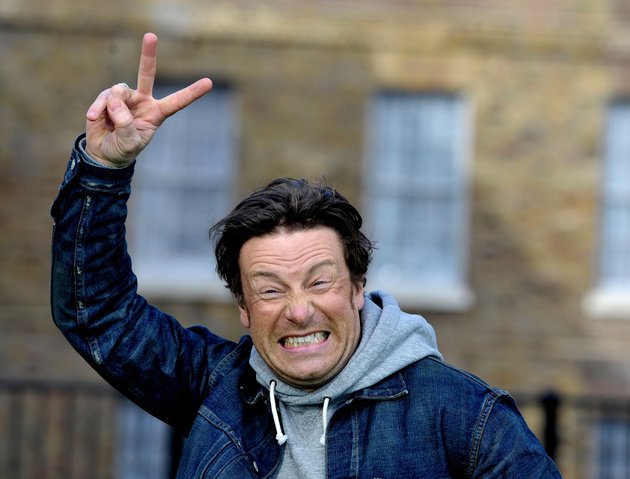 Jumping for joy with Jamie?

The chancellor’s decision to levy a special tax on sugary drinks is a welcome move, and one which will please many. Healthcare professionals will be jumping for joy along with Jamie Oliver who “just happened” to be passing Westminster on the day of the budget.  With approximately 30% of all children in the UK now overweight or obese, the Academy of Royal Medical Colleges has been calling for fiscal action for several years.  And the government’s intended re-investment of this proposed £520 million sum back into increasing exercise and activity levels among school children…..well, what’s not to like.?

CELEBRITY CHEF JAMIE OLIVER ON COLLEGE GREEN IN WESTMINSTER, LONDON, AFTER HE WELCOMED THE ANNOUNCEMENT OF A TAX ON SUGARY DRINKS, TELLING FELLOW CAMPAIGNERS: “WE DID IT!”

The problem is that this seeming  political no-brainer,  with its over-selective execution doesn’t go far enough.  Why just soft drinks?   As a nation, we have a sugar addiction which is driving a burgeoning increase in chronic illnesses related to obesity , such as type 2 diabetes.  The British Dental Association now lists tooth decay as the number one reason for hospital admission among young children, with a 10% increase in hospital-based extractions in the past 4 years. The new sugar tax could well demonstrate its adherence to the law of unintended consequences over time.  Instead of addressing the nation’s sweet tooth, the drive may well be towards unlimited consumption of soft drinks containing artificial sweeteners and a switch to alternative, sugary foods currently unaffected by the tax. According to the Institute for Fiscal Studies, a mere 1/5th of sugar consumption derives from soft drinks.

The European Food Safety Authority has undertaken a rigorous review of artificial sweeteners such as aspartame and saccharin and concluded that they are safe for human consumption at usual levels of exposure (apart from individuals with metabolic disorders such as PKU),  a position which is  endorsed by the NHS  on their website. Nonetheless, there is evidence to suggest that consumption of diet and artificially sweetened soft drinks may actually be linked with increased obesity and data suggests that individuals who consume these regularly end up weighing more and being in worse health.  The reasons are not entirely clear, but may include metabolic disturbances and tricking the body to expect a calorific hit, thereby driving appetite.  A recent meta-analysis published in he BMJ produced summary evidence that habitual consumption of sugar sweetened beverages, artificially sweetened beverages, and fruit juice was prospectively associated with type 2 diabetes,  independently of being overweight.

The fact that artificial sweeteners are 200 times sweeter than sugar, and may fuel an ongoing craving for sweet satisfaction should concern us.  Add to this the “Big Mac and Diet Coke” phenomenon where consumers display cognitive dissonance in their food choices, often compensating for foods that are seen as calorie-free by over-indulging on high calorie treats with little or no nutritional value.  And we’re completely missing the point if we only tax the sugar containing drinks.  Sugar is not the only culprit in tooth decay, enamel is also destroyed by the acid in carbonated drinks, even sugar-free varieties. If we want to “Keep Britain’s Children Smiling Sweetly”, as proposed by the British Dental Association, we need to limit the enamel erosion from all acidic fizzy drinks.

Whilst this is a step in the right direction,  Mr Osborne, I’m not jumping quite as high as Jamie as this is too tentative and too slow to make any serious impact.  Economists generally agree that government intervention, including taxation, is justified when the market fails to provide the right outcome for society’s well-being.  With healthcare costs rising exponentially, we need more comprehensive and robust population-based measures which fuel healthy choices, and ensure that appropriate switches are made towards food and drinks with real nutritional value, avoiding the mixed messages communicated by the cane of the sugar tax, and empowering the UK to make positive and informed choices, and kick its habit! How about a fruit and vegetable subsidy? Or would that be a carrot too far….?